Our 2022 lineup is ROCKIN’. It includes The Amber Lanterns, Ian Jones, The Together Collective, Stacy Jones Band, Eden, Santa Poco, Harmonious Funk, The Black Tones and our headliner, HELL'S BELLES! 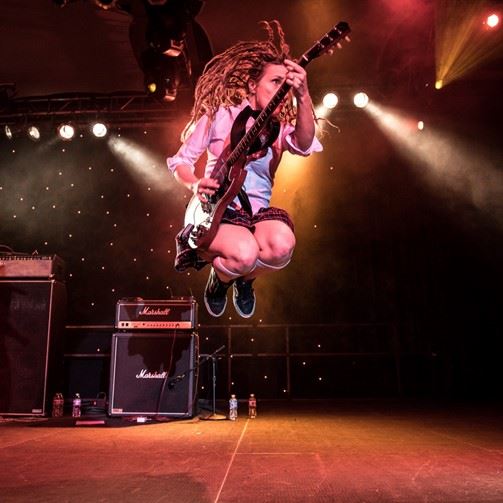 Hell's Belles is an all out rock-n-roll assault that will leave you both satisfied and begging for more. As your Block Party headliner, get ready for a superb performance from the ALL female band...truly dedicated AC/DC fanatics. Read their full bio here. 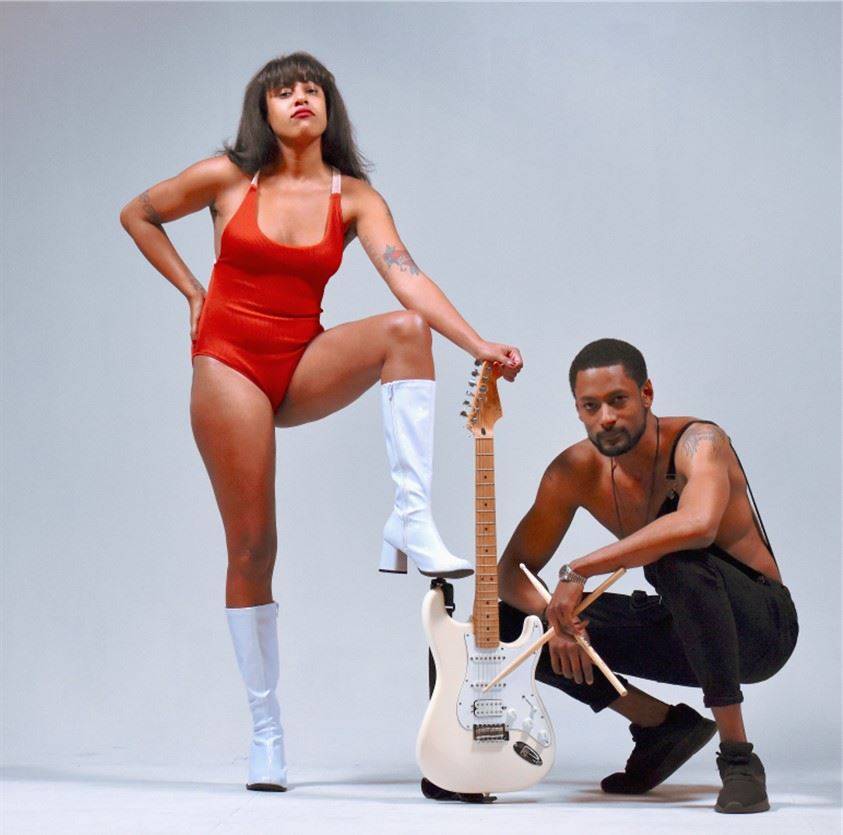 The Black Tones album title Cobain and Cornbread is a description of the band that lead singer/guitarist Eva came up with playing at a show, in answer to the most commonly asked question, “What does your band sound like?” This tasty adroitly description sums up her and her twin drummer Cedric David’s Seattle-spawned punk-blues. “Sometimes we don’t even sound like our influences,” she explains, “So the best way I found to describe The Black Tones was to talk about our environment we were raised around, which was a bunch of southerners living in the Northwest.” Read their full bio here. 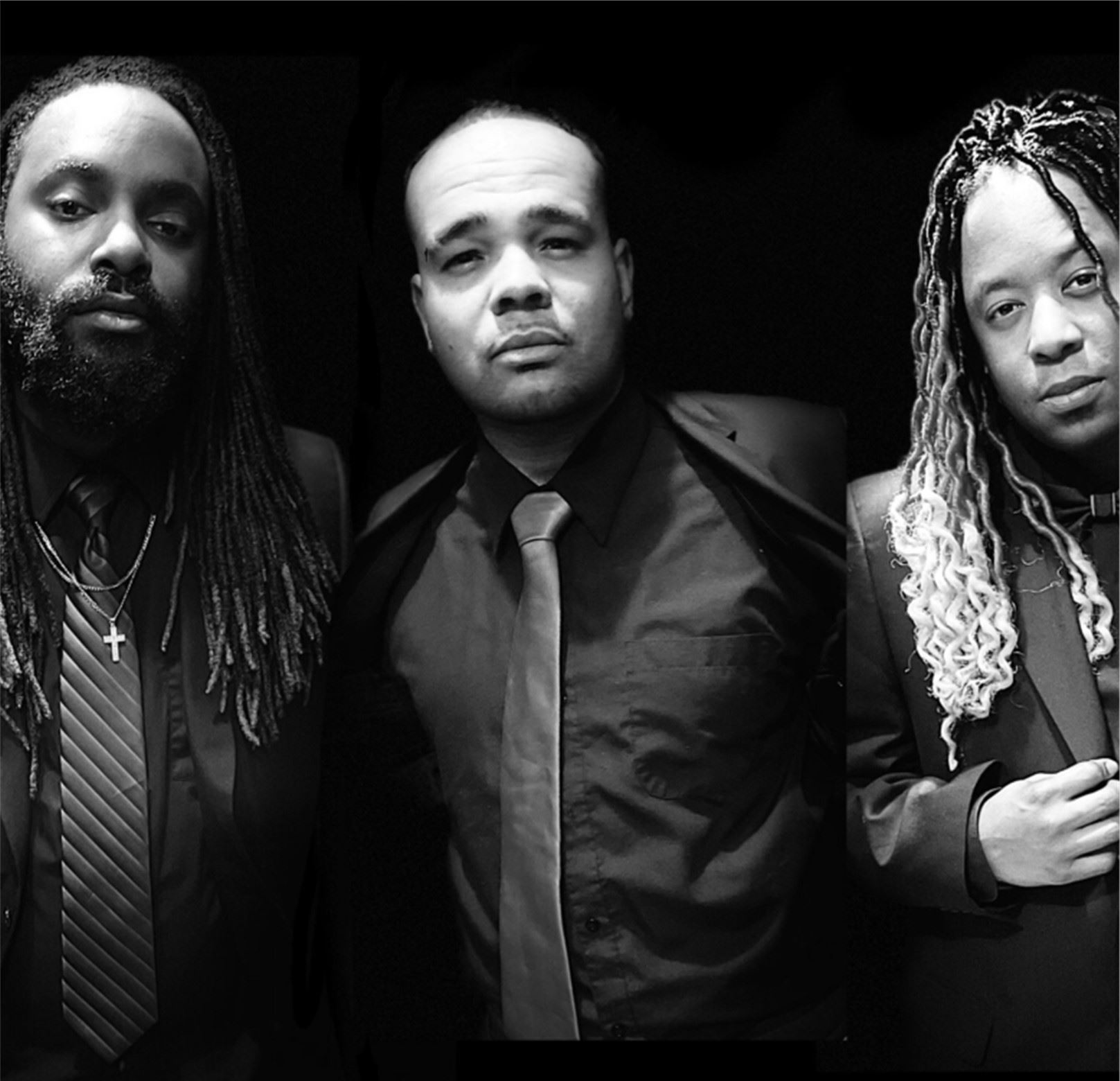 Harmonious Funk is a party band with non-stop music from the 70's, 80's and 2K. These talented musicians are exciting to watch, and their energy in phenomenal. Get ready to MOVE! Learn more about Harmonious Funk here. 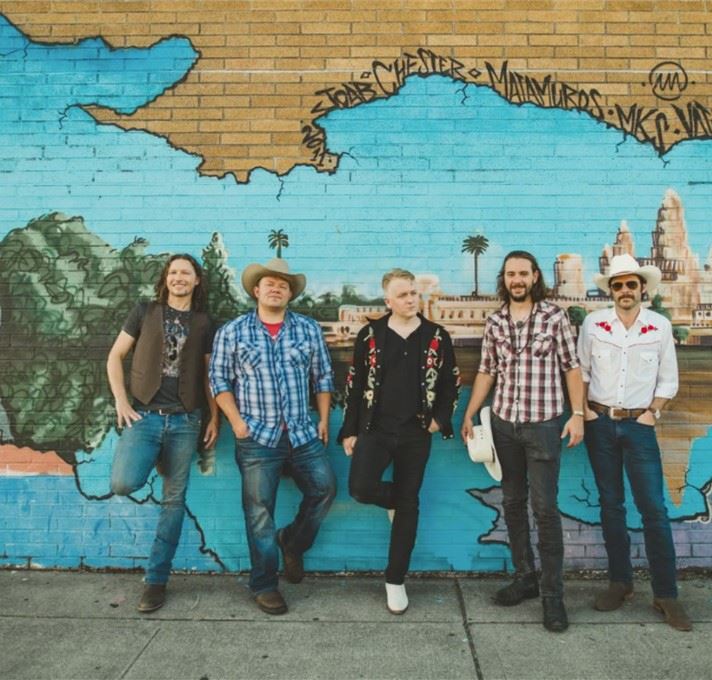 Santa Poco. "WE SHOULD START A BAND," was the sentiment between friends in the Winter of 2017. Pat McHenry, known for his work with Mon Cheri of Spokane, had slowly come back around to his Texas and country roots in 2013. "When I moved to Seattle I was looking for a great drummer. I met Bruce Weitz through a friend and we had instant chemistry." Bruce cut his teeth on the road touring the country and abroad with his hardcore band Vayden. "I was looking for some other bands to gig with and that's when I found Andy Shofner on Youtube." Andy had grown up on George Strait and classic country gold. He made a name for himself burning down honky tonks and venues all across the south Puget Sound area with Jordan Binkiewicz in his band Colt and the Peacemakers for many years. "My dream was to play with a pedal steel guitar player." Kevin Redlich of Tempe, AZ had made a name for himself as one of the most sought after guitarists in the entire southwest region. Read their full bio here. 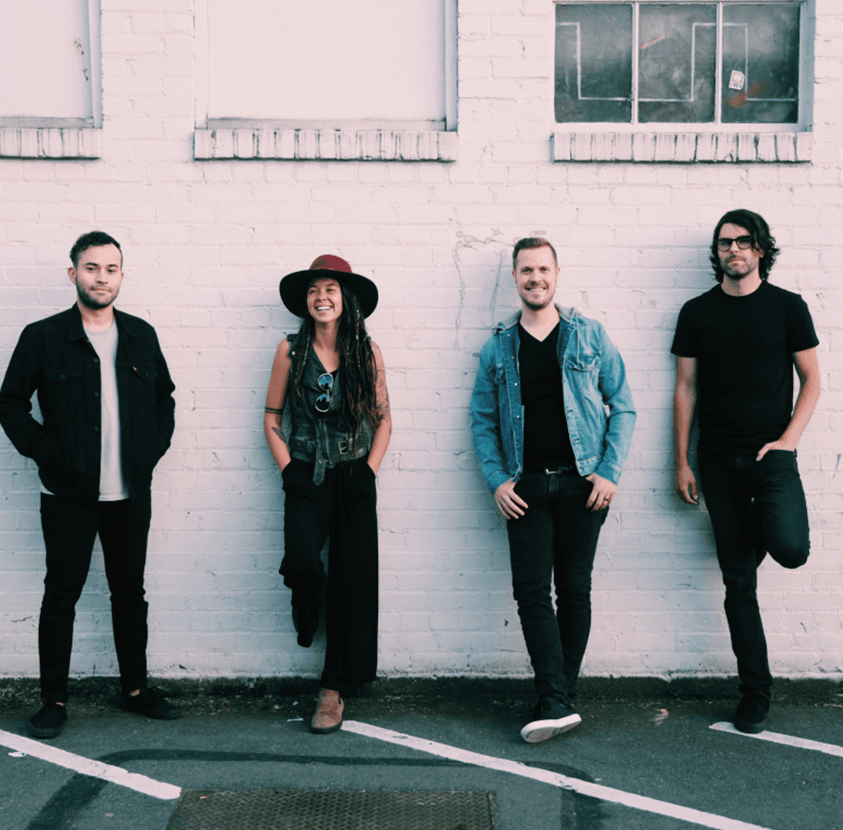 Eden is a newly established blues/rock/pop band in the Pacific Northwest.
This group consists of the members of the band Shaggy Sweet; Aaron, Jason, and Ethan - joined by the talented lead vocals of Savanna Woods, recent top 20 artist on NBC’s The Voice. Learn more about Eden here. 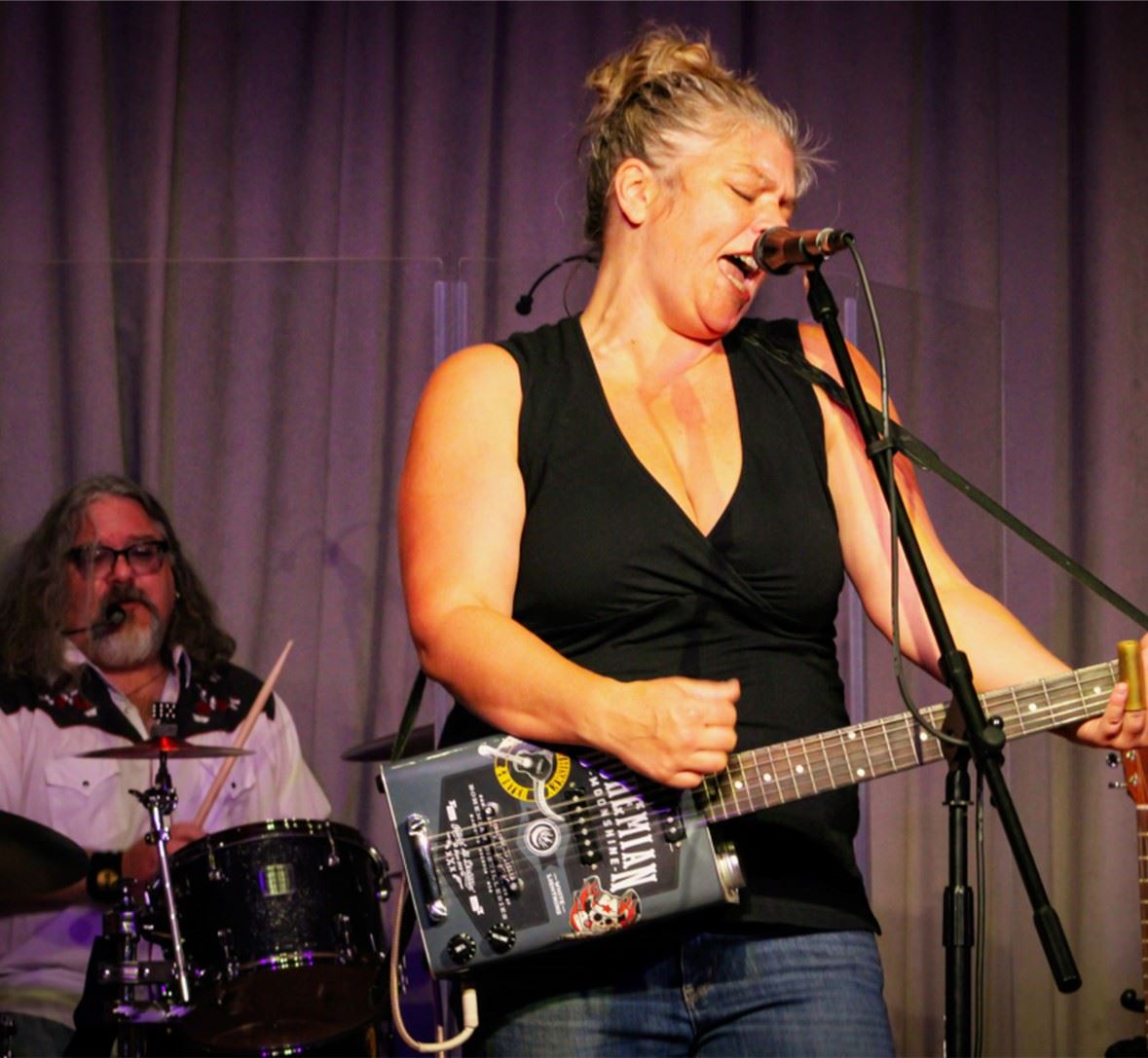 Stacy Jones Band. The Award-Winning Seattle singer-songwriter and multi-instrumentalist Stacy Jones and her award-winning band delivers high energy Roots Rock, Blues, and Americana. Their music has been described as “A Whiskey & Water Baptism that lace Blues and Rock edges.” “With her feet firmly planted in roots-based music, Stacy Jones pays homage to the blues but experiments by mixing in some mild-Americana and subtle country licks.  Dynamic vocals fueled by powerful lyrics.” “the rolling thunder blues of Howlin’ Wolf mixed with the honesty of Lucinda Williams. Read their full bio here. 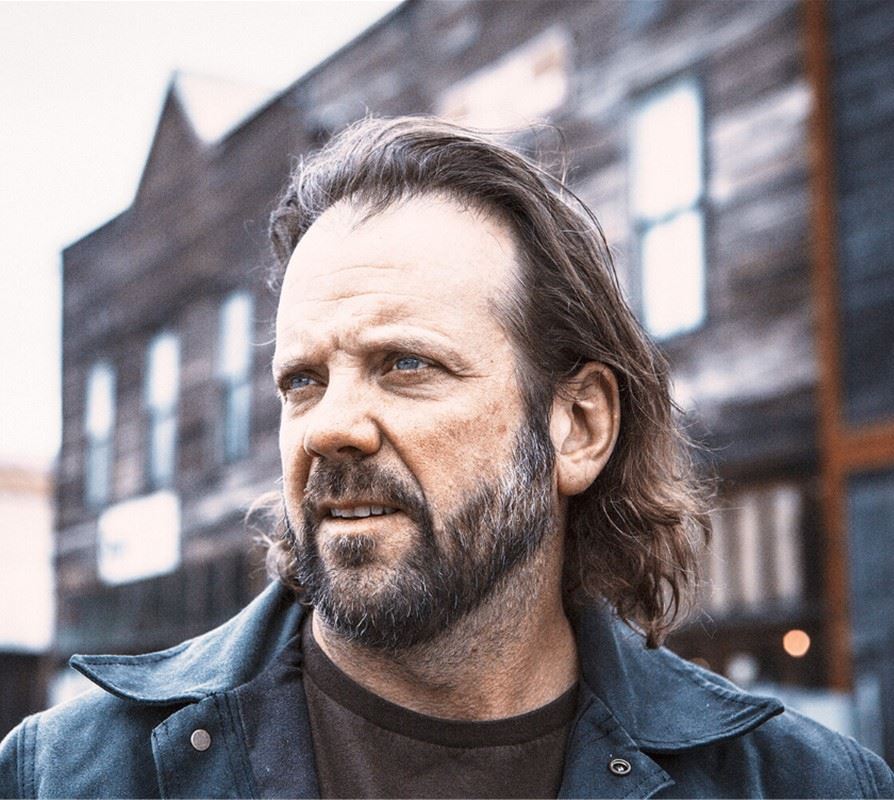 Ian Jones writes poetic personal narratives with an artist’s flair. “I met a girl in Montana and we became social media friends,” Jones says, describing the inspiration behind ‘Born Again Sinner.’ “She had been posting about her battle with alcohol, her religious beliefs and her bad luck, among other things. One day she was lamenting about something and said she thought that she was just a ‘born again sinner.’ That stuck with me.” Fittingly, “Hallelujah” took shape during the holidays. “I wrote ‘Hallelujah’ on Christmas Eve 2018 after a year of loss and brutality. I was reflecting on how fortunate I was to be able to be in my kitchen cooking when so many had either passed on or were in a less desirable situation. This is a song of hope and a nod to those we have lost.” Read his full bio here. 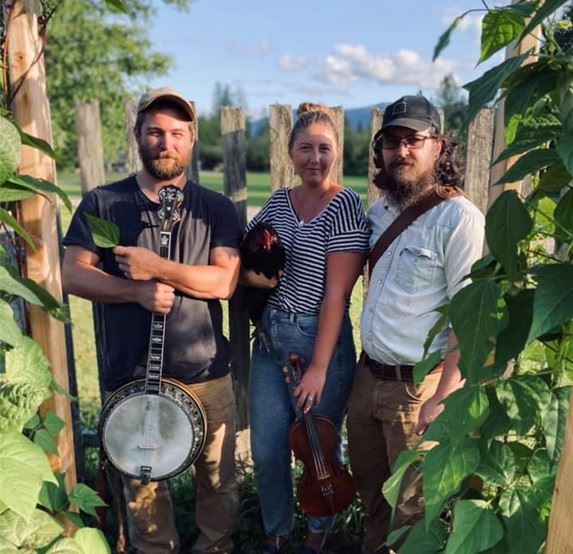 The Amber Lanterns. Born in the Heart of North Bend, The Amber Lanterns is an acoustic folk/bluegrass/traditional country music project made up of close friends. Many locals know this band well, and this year, they are coming to Block Party with some fresh songs and of course, soulful instrumentals that will get you moving. Learn more about The Amber Lanterns here. 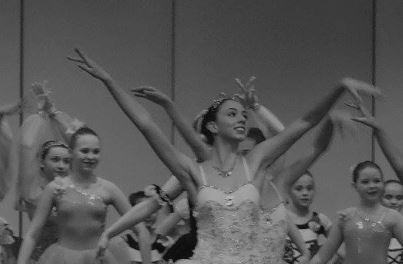 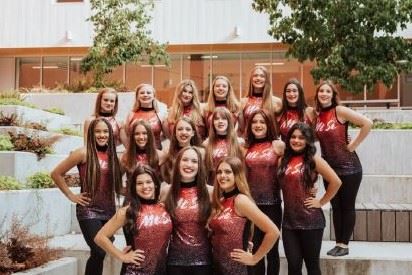 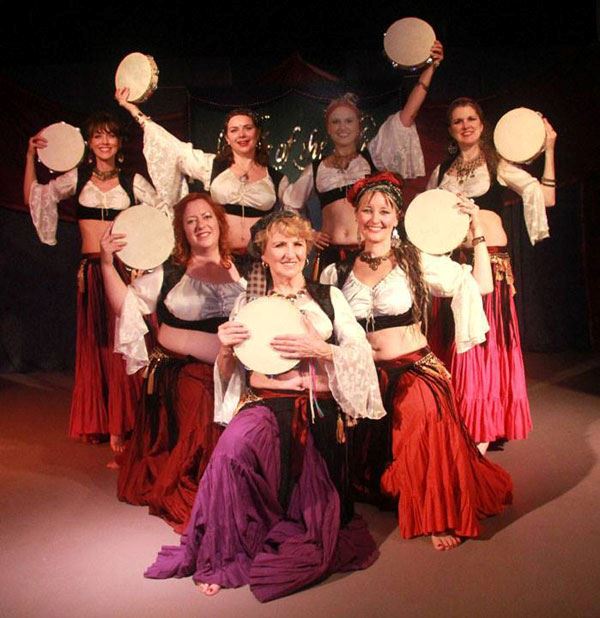 The Mt Si Wildcats Dance Team is a hardworking group of teens, who build school spirit with football and basketball halftime performances, community engagements, and dance competitions across the state and nation! Learn more about the Dance Team here.

The Veils of the Nile are a local, talented group that performs to classical and folkloric styles of Mid-Eastern dance. But as is evident at their Alternative Haflas, belly dancing to all music styles is a delightful and passionate option. Learn more about the Veils of the Nile here.